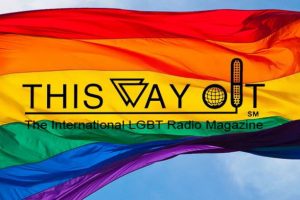 This Way Out is an award-winning internationally distributed weekly LGBT radio program, currently airing on over 200 local community radio stations around the world.  Since 1988, this half-hour magazine-style program has covered issues affecting LGBT communities worldwide, including Australia’s same-sex marriage reforms of 2017.

Some of the awards This Way Out has won include multiple awards from the U.S. National Federation Of Community Broadcasters and the Radio and Television News Association, by the Gay and Lesbian Alliance Against Defamation (GLAAD), Parents, Families and Friends Of Lesbians and Gays (P-FLAG), the Los Angeles chapter of the National Lesbian and Gay Journalists Association (NLGJA), and internationally by Tupilak (the organization of lesbian and gay cultural workers in the Nordic area)..