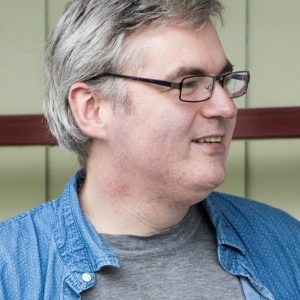 Introducing oneself is always fraught with danger.  As I once read on the wall of a Pizza Hut, you don’t have a second chance to make a first impression.

I had considered borrowing an introductory line from one of my broadcasting heroes; the successfully inept Alan Partridge.  “Knowing Me, Tony Sander; Knowing You … umm, er … some random on the internet. A-ha!”

Yeah, nah.  I’m not convinced, either.  Definitely no cashback here.

To be honest, the main reason I’ve been inspired to commence writing a blog from the perspective of someone that was involved in Lofty’s very beginnings is because there are some people out there that are scratching their heads, wondering what it is we are about and why we are here.

This is the part where I make it crystal clear that whilst I am on the board of Lofty, and whilst I was the lucky bunny that got the job of lodging Lofty’s application to register as an incorporated association, this blog shall consist of indisputable facts coated in a thin layer of my own personal opinion.

I’m definitely not speaking on behalf of Lofty; that’s what our press releases are for.

As of the time of writing, Lofty has a team of over 25 members. Our cohort ranges from schoolkids to retirees; old school conservatives to born-again socialists.  Believers and heathens living cheek by jowl, where we all sit around and sing “Kumbaya” a couple of times, before one of us finds a cracking dubstep remix of Kumbaya to pump through the speakers of Lofty’s Green Room.  At this point, one of us will get up and dance like Elaine from Seinfeld for a bit.  Because Kumbaya.

We leave our differences at home, and our sames flourish in a petridish of inspiration and mutual respect for one another, and respect for our local community.

Almost 300 words in, yet I still haven’t introduced myself properly.   To be honest, who I am isn’t important.  Who Lofty is … that’s the important bit.  The bit that I’m hoping to unravel through honest personal opinion.

And on that bombshell, knowing me Tony Sander; knowing you … umm, yeah … you … good night! A-haaaa!

The opinions contained within the above post are strictly those of the writer, and do not represent the views of Lofty Community Media Incorporated.