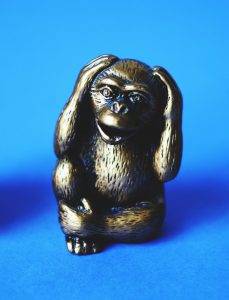 Modern society has observed this rule for a very long time.

During my research for this post, I spent an inordinate length of time attempting to source the origin of this quote.  My first three guesses as to the source – in no particular order – were Albert Einstein, H.L. Mencken and Batman.  Whilst all three of these fine gents no doubt lived by this tenet, said tenet appears to predate them all.

As I continued further down this rabbit hole, trading several hours of sleep away in the process, I stumbled upon the suggestion that this rule may have originated approximately 2,000 years ago.  Interesting timing.

When penning Lofty’s Constitution, I pushed the concept of Lofty being an apolitical and secular organisation.  In truth, this is to protect Lofty from people such as Yours Truly.   This is so important because, when taking two of the most emotive and pervasive societal constructs out the equation, it is far simpler for humans to get on with the task of being human.

Notwithstanding a few outliers in society (think along the lines of those unfortunate folks with sociopathic, psychopathic and/or narcissistic traits), basic humanity is usually found on the same page, irrespective of one’s societal programming.

One of our members, an older gentleman, recently suggested that I am about “ten to twelve”, whereas he is “five past twelve”.   This is possibly the greatest explanation of the political compass I’ve ever heard.

When everybody’s big hand is on the 12, the inevitable result is one of those motivational gestures where a stack of hands flies up in the air whilst motivational words are used and then something positive ensues.

There are also strict rules around the broadcasting of election matter.  The best way to avoid accidentally breaching any of these rules is to just avoid the topic altogether.

tl;dr: No offence to the candidates in the upcoming Federal Election, but we can’t give any of you airtime on Lofty during the election campaign.  #sorrynotsorry

Most of the views in the post do not represent Lofty.   However, Tony nailed the tl;dr at the end; mainly because he knows Lofty’s Constitution and Policies inside out.