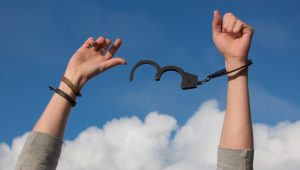 It’s been a tough week for many Gen Xers – myself included – as we’ve seen two iconic 1990s figures pass away in Keith Flint and Luke Perry, and an erstwhile King Of Pop apparently disrobed of his regalia due to fresh allegations surrounding his conduct when he was alive.

Yours Truly was responsible for Lofty’s tribute to one of these figures, having presented and curated a two hour special focused on The Prodigy.  Front and centre was the album that cemented Keith’s role as The Prodigy’s front man,  1997’s “The Fat Of The Land”.  One minor issue: the opening track is a jaunty tune called “Smack My Bitch Up”.

I was in two minds about playing this track: do I or don’t I?

Facing this conundrum, with sound arguments in affirmative and the negative for starting The Fat Of The Land from track one, I took this to the Lofty Brains Trust.  Said Brains Trust consists of members from right across Lofty, with a significant spread of ages, genders and roles.

The result?  A resounding “play the whole damn album, Tony!”.  So I did.

Some presenters may have similar second thoughts in light of recent allegations against Michael Jackson, and especially in light of how radio stations globally have reacted.

Lofty could come out and say “we’ve banned Michael Jackson from out playlist!”, but the truth is that his tracks were never on there in the first place.  This is based purely on the fact that his music doesn’t fit Lofty’s overall sound; never has and (probably) never will.

That said, my personal opinion is that the choice whether or not to play any of Jackson’s songs should rest with the individual presenter.

A big difference between Lofty and the station I was involved with immediately prior to establishing Lofty, is the openness of all involved.  We treat each other like grown adults, and respect each other’s opinions. If we’re not sure if something is the right thing to do, we ask for other opinions before making our decision. In my view, it’s (a) up to the individual to make the final call and (b) up to Lofty to empower the individual to make that call, assuming that said call is 100% legal to make.

The opinions contained within the above post are strictly those of the writer, and do not represent the views of Lofty Community Media Incorporated.