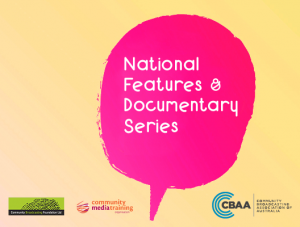 The 2019 series will premiere on Lofty later this year.  In the meantime, we will present a selection of features from previous years.  The subject matter covered by the National Features and Documentary Series is as diverse as community radio itself; a handful of examples being autism, riot grrl feminism, urban development, ketamine as mental health treatment, regional refugee resettlement, genetically-modified organisms and Aboriginal community and culture.

“In listening to the works, what you’ll notice immediately is the variety of topics and the cultural and geographic diversity of producers … and after that, the depth and quality of each. In fact, it’s a great demonstration of what community radio makers can do with the right time and resources invested in features. Saddle up for a genuinely surprising, engaging and uncommonly broad cluster of features.” – Australian Audio Guide

Produced with the assistance of the Department of Communications and the Arts via the Community Broadcasting Foundation with the support of APRA AMCOS. Training and mentoring provided by the Community Media Training Organisation.