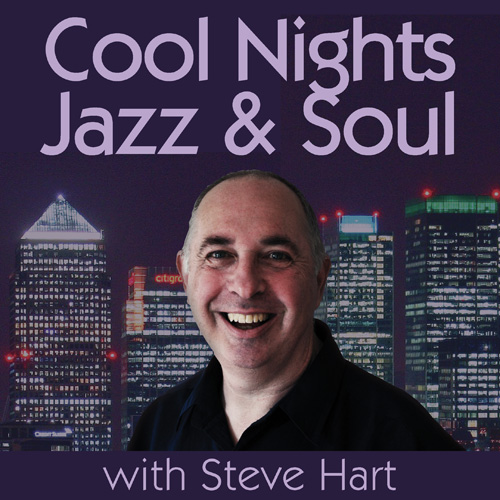 Steve’s back for 2020! All new episodes featuring more soul than ever before, as well as the smooth jazz you know and love.

Every Monday from 9pm, join Steve Hart as he presents Cool Nights Jazz & Soul; playing the latest smooth jazz releases, a spoonful of soul, and a pinch of 80s club classics. Listeners enjoy Steve’s take on the week’s news, there’s the Cool Cut of the Week, listener requests, and a quiz.

Prior to moving to the Antipodes, Steve spent a large chunk of the ’80s and early ’90s as a club DJ in his native England; primarily across Essex, Kent and London. Residencies included Zero 6, Zhivago’s, Electric Blue, and High Society in Southend. Kent clubs included the iconic Nero’s 2000 (Ramsgate), Oceans 11 (Hythe), and Woody’s (Sheerness). London gigs included regular appearances at the Hilton Hotel’s function suite.

In tandem with his club work he spent more than three years as a presenter at Radio Top Shop hosting shows almost every day to mid-1986. He hosted shows as a volunteer at Southend Hospital Radio, and did breakfast at Radio Basildon.

Later in his career, Steve moved into journalism, where he worked in various newsrooms in the UK, including Essex FM and BBC Essex.

When he’s not spinning quality smooth jazz and soul tunes, Steve works as a freelance writer, voice over artist, and podcast producer. He has also written a number of books; the most recent of which are Podcasting Made Easy and a science fiction title called Mayan and The Legion of Alice.